The Murray Bridge Rowing Club recently hosted its biggest regatta in many years.

More than 980 athletes entered events over two days of racing and estimates suggest crowds of 2500 spectators and supporters enjoyed the spectacle from the river bank. Traditionally Murray Bridge has been a popular event on the Rowing SA calendar. Schools and clubs from all over the State visit Murray Bridge to row on the two-kilometre river course.

The 4km/hr knot zone gives rowers the only other straight 2km course outside of West Lakes. With a huge Saturday racing program results came quickly for rowers.

The feature race of the weekend, the 3 Mile 8 Race, saw 15 crews race from Swanport Bridge to the Rail Bridge. The Port Adelaide masters ladies were victorious winning The Ted Higgs Cup. The cup was awarded to the winning crew by Phil Nolan, grandson of Ted who was the coach of the original Cods.

Club president Craig Christian said the Murray Bridge Rowing Club is the strongest it has been in years.

“With the development of our the boatshed on Sturt Reserve, the release in April of The Cods documentary and the club’s 10th Olympian, James McRae in line for his third Olympic Games, we are in a great position and its exciting times indeed,” he said.

The Following Article was originally published the Murray Valley Standard on June 25th, 2015 at 6.30am. To read original article, follow the link at the bottom of this page.

By Peri Strathearn To Craig Christian, the “rowing city of Murray Bridge” has a certain ring to it. The Murray Bridge Rowing Club, of which he is president, has revealed its plans for a new, six-bay boat shed at Sturt Reserve - the centrepiece of a plan to return the sport to a prominent place in the city’s culture. The facility would include a bar and race control tower, as well as display space for memorabilia of the Murray Cods - the working-class eight who represented Australia at the 1924 Olympic Games - and other items from the club’s 106-year history. 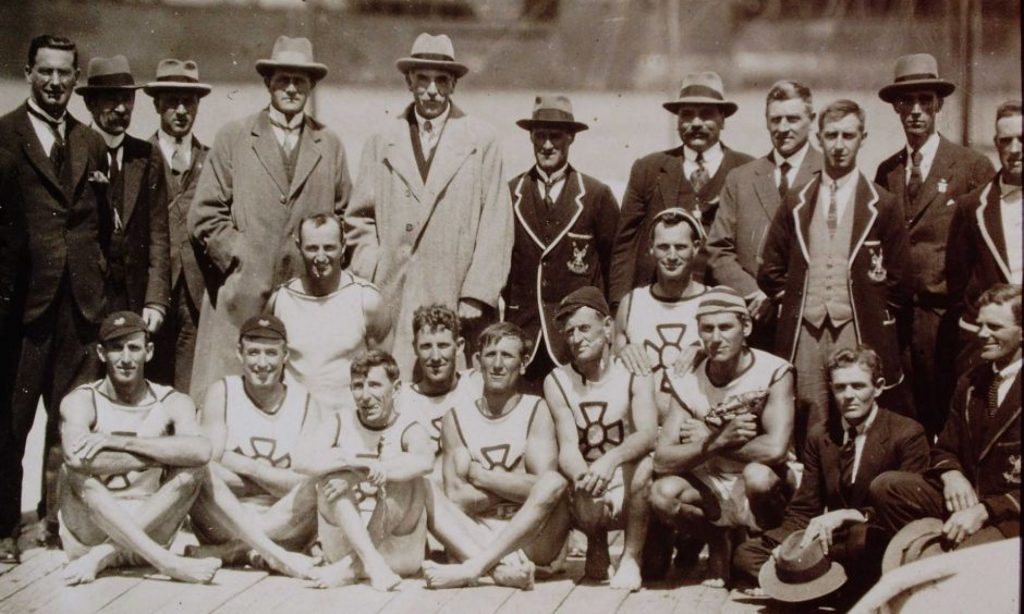 Four of the shed’s six bays would be sub-let to tenants such as schools, who currently pay Rowing SA up to $10,000 per year for the use of sheds at West Lakes. The rowing club also hoped to help with an upgrade of the ageing public toilet facility next door.   The Murray Bridge council last week granted the rowing club a lease over a portion of Sturt Reserve beside the Murray Bridge Community Club, in front of the lawn tennis courts, contingent on a public consultation process. Its rent will gradually increase as it settles over the next five years.   Mr Christian said the club had spent as long as 15 years looking for a new site before finally settling on one only a few metres away, but that the wait would be worth it.

“They’re looking at making Murray Bridge the second-biggest rowing complex in SA,” he said. “We’ll have about eight regattas here a year, which is a great thing because it brings money into the town.”

The idea was originally part of a joint proposal between the rowing club and Murray Bridge Community Club. A similar lease won approval from the council and from all 14 people who submitted comments during consultation in 2012, which lapsed because construction did not start within two years. Community Club president Martyn Codrington said that building’s redevelopment remained on hold, but two years remained on the club’s current lease.