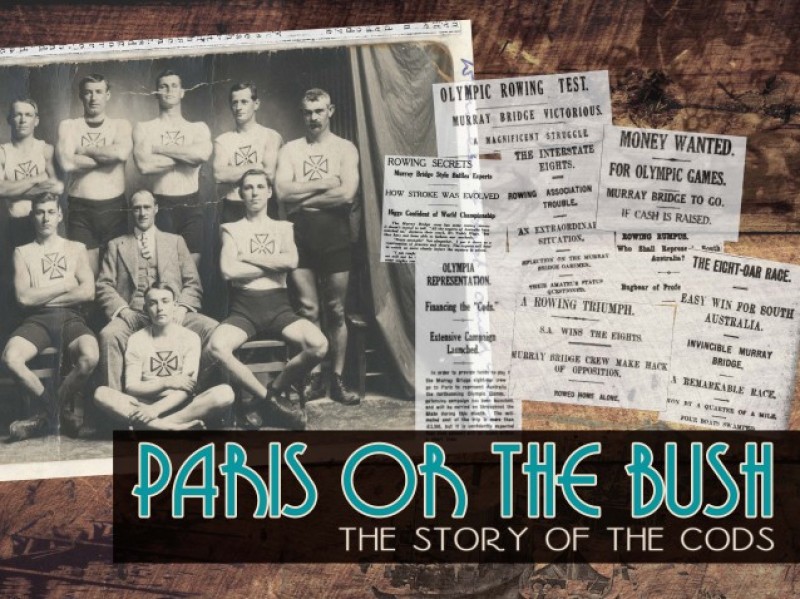 The 2015 documentary, 'Paris or the Bush: the Story of the Cods' is a rich and uniquely Australian story about the 1924 champion rowing team who were legends everywhere, from the bush to Paris.

Directed by Wayne Groom and written by Wayne Groom & Carolyn Bilsborow, 'The Cods' was the name adopted by the Murray Bridge Rowing Club for its Men's Eight Oared Rowing team around the time of the club's inception in 1909. Their story is an extraordinary story of courage, humility, skill, ageism, class prejudice, war, sport and mateship. It is a uniquely South Australian story but has national and international relevance.

The documentary covers a fascinating period of Australian and world history, encompassing a Great War and spectacular sporting achievements. It is a story about 'ordinary men' in a small country town - working class men who sweated to earn a living - who not only defeated the cream of Australia's upper class society in a sport they had dominated from the 1870's, but in the process foreshadowed a major change in the nature of Australian society. 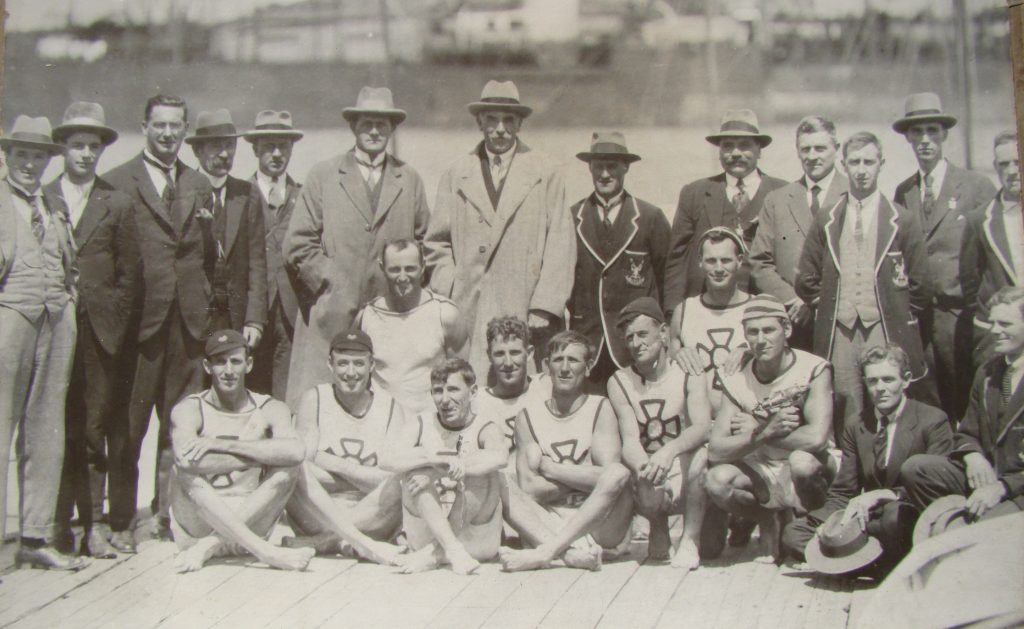 The Cods after their Olympic Test Race, 1924

The Cod's first won the King's Cup in 1913, an astonishing achievement as South Australia had never before won the annual rowing championship in its 40 year history. It was something akin to Australia winning the America's Cup in 1983. This was an era when the sport of rowing was incredibly popular, like football is today, when crowds of 20,000 or more lined the banks of the nation's capital city rivers to cheer their heroes. This famous 1913 Cods victory was unique because the King's Cup was wrested from other States not by the usual 'composite' State crew, comprised of the 'best rowers' from Adelaide's elite clubs, but by a tiny poor one-club crew from Murray Bridge. After the 1913 success, the young Cods crew seemed destined for greatness. But in 1914, the Great War intervened, redirecting their lives onto the battlefields of Europe. Five years later, when the Murray Bridge rowers returned home, battered and injured, the obstacles they faced to continue competing were tremendous. They were older and in some cases injured. The barriers of class were still rigidly in place. But under the guidance of Teddy Higgs, himself a former champion Tasmanian rower and Boer War veteran, the Cods challenged for the national title again. Remaining a defiantly single 'club crew' rather than a State based crew, they went on to win the Kings Cup 3 times in the next four years, dominating the sport against all comers, eventually earning the right, despite a last minute act of treachery by 'officials' which almost derailed them, to represent Australia at the Olympics in Paris in 1924.

For more information on The Cods documentry visit the Facebook Page https://www.facebook.com/pg/codsrowing/about/?ref=page_internal